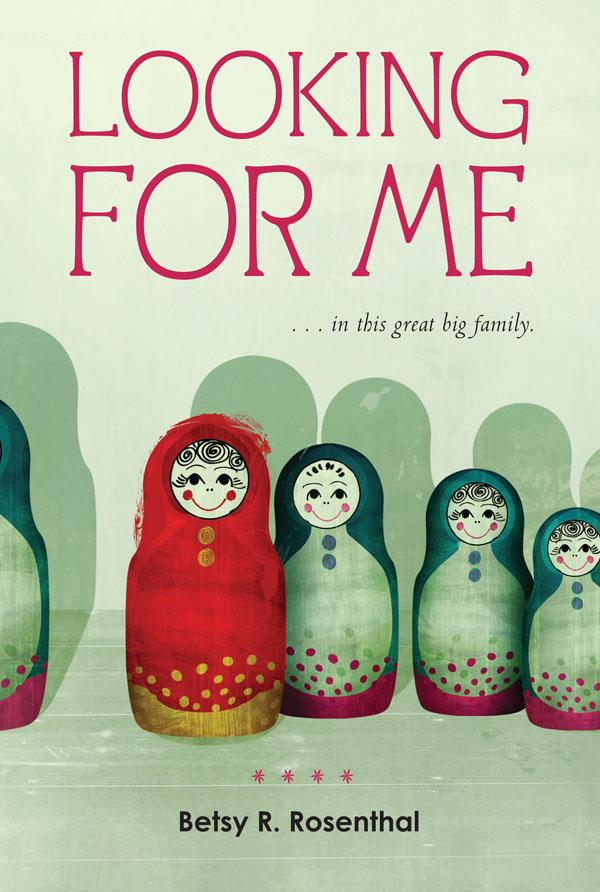 Edith is the middle child in a long line of brothers and sisters. When she is asked to write a poem about her family, Edith’s teacher points out that she has forgotten an important person: Edith herself. So lies the crux of this lovely little novel. Through a series of free verse (and a few more traditionally structured) poems, Edith chronicles the ups and downs of her family as she attempts to define her place in 1930s Baltimore.

This sweet book has a lot going for it.  This is an era that isn’t over done and the immigrant story still feels contemporary. Some of the monetary issues that were all too common place during the depression ring true in this period of recession. Author Betsy R. Rosenthal, who draws on her own family’s history (including family photos and a short afterward), does a good job exploring the various forms of sibling relationships. Sometimes Edith is ‘the Little Mother,’ looking after her younger siblings, and other times she is treated like Cinderella by her haughty older sister. No matter what your birth order is, there is a poem in here that you can relate to. There is a lot of strife and a lot of love in the family and the author does a good job giving a balanced view of family life.

There is some tragedy, which is handled with enough sensitivity that younger readers won’t be traumatized, but I appreciated how Rosenthal didn’t shy away from issues such as grief and a parent’s depression and how these things affected the family.  Some of the poems rhymed, which removed me from the narrative and somewhat disrupted the flow of the story, but this was a fairly minor issue and I doubt many kids would be as distracted by it as I was. Overall the book felt quite light and was a refreshing read.

This book made me think of this recent article in Publisher’s Weekly online about the lack of lighter-fare for the early middle grade reader. Looking for Me fits this niche to a degree, but has a bit more weigh than some of the early chapter books listed in the article. It’s a good book for young readers (6-8) who are advanced or older readers (9-12) who may be struggling. The large font, concise story, and prose-poetry format is accessible and non-intimidating. The family has a ‘Little Rascals’ camaraderie that reminded me of Turtle in Paradise by Jennifer Holm and the movie Lost in Yonkers (an underrated family film set in the early 1940s featuring a scene-stealing Mike Damus). The family’s Jewish background and recent immigrant status also brought to mind The All-of-a-Kind Family by Sydney Taylor.

Looking for Me will be available on hard cover in April from Houghton Mifflin Books, distributed but Thomas Allen Ltd in Canada.

One thought on “Sibling Revelry: Looking for Me Review”