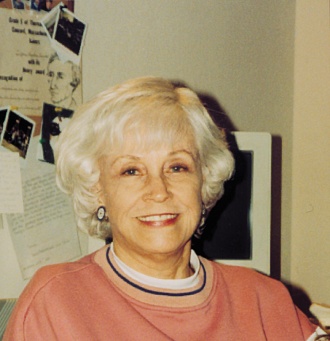 When I was a kid I got a box of books at a garage sale. I don’t remember how old I was. It was the summer, possibly between grades 3 and 4, or 4 and 5- but I do remember that box vividly. I discovered some of my favourite authors in that box: E. L. Konigsburg, Judy Blume, and my favourite author of all time- Zilpha Keatley Snyder. At the time, Snyder was the wild card. None of my friends had heard of her. I took great pleasure in recommending The Stanley books, The Egypt Game, The Witches of Worm, and her fantasy series Below the Root to everyone I knew. I still read and love Snyder’s books. She is my greatest inspiration as a writer of children’s fiction.

What I love about Snyder’s books is that they deal so well with things that happen in between, in the borderlands between ages, genres, and perspective. Her characters were often somewhere between childhood and adolescence and she wrote in the spaces between genres. She was never just realistic, just fantasy, just historical. On her website, she even has a category of books called “Border Line Fantasy.” Now there is a writer ahead of her time. Sometimes the magic in Snyder’s books was real, sometimes it had a logical (non magical) explanation. Sometimes the ghosts were literal, other times they were imagined. With Snyder’s fiction I was never sure what kind of book I was about to read, but I knew that no matter what the subject matter or the ending, I would love it.

Many people have said and will say much more eloquent, specific things about Snyder and her work, like this lovely piece from PW, for instance. But I wanted to add my voice to the chorus of accolades because you don’t love an author the way you love one as a child. She is the kind of author I want to be. Every time I sit down to write a little part of me wonders if my work stands up to hers, if it would belong on the same shelf. So here is a list of some of my Snyder favourites:

The Witches of Worm is about an ugly cat, adopted and loved by a girl who discovers that the cat may be possessed by a witch. This is a book that can be enjoyed equally by cat lovers and cat haters, a rare feat of fiction indeed. The story and some very creepy spot illustrations make it an ideal Halloween read. I have a memory of staying up way to late to finish this in bed and scaring myself silly. And I am firmly on the cat lover end of the spectrum.

The Egypt Game is about a group of children who create an elaborate fort and game based on the myths of Ancient Egypt, an innocent game taking place in the shadow of a recent string of child murders. This is a masterful book in terms of plot, atmosphere, and relationships, likely why it was a Newbury honour book. But it also had tons of detail about Ancient Egypt, which I couldn’t get enough of at the time. I desperately wanted to play my own version of the Egypt Game.

The Changeling is about two girls who meet in the woods between their houses and become friends. Martha, shy and conservative, and Ivy, wild, imaginative, and fearless, who claims to be a changeling child left by the fairies with her family, constantly in trouble with the law. Sigh. Doesn’t every twelve year old girl want a friend like Ivy?

Below the Root is the first book in The Green Sky fantasy series that takes place on a planet entirely covered by trees. I was not an avid fantasy reader but I could not get enough of this book. At the time it was one of the most beautiful, saddest stories I had read. I remember begging (badgering might be more accurate) the children’s librarian at the Woodstock Public Library to order it in because it wasn’t in our system.

The Stanley Family series, beginning with The Headless Cupid, is essentially a loose collection of stories about a blended family learning to get along and live together, with a good dose of mystery and suspense thrown in. These bear the hallmark of 1970s-1980s realistic children’s fiction that was issues driven, made extremely popular by Judy Blume. I wanted very badly to be part of the Stanley family’s antics.

Libby on Wednesday is about a girl who lives in an old mansion (this is a common theme in Snyder’s books) and has to put up with a group of eccentric writers who live and work there. This sounded like heaven to me and I couldn’t understand Libby’s reluctance to join their writer’s group. Despite this difference of opinion, I quite liked Libby and I loved this book. Also, as I learned as an adult, her depiction of writers’ workshops is spot on.

Season of Ponies is about a girl who meets a boy who lives with a herd of magical ponies. This sounds an awful lot like a premise for many of those glittery, sparkly early chapter books “for girls” about ponies, but the story is much deeper, earthier, and has a touch of The Secret Garden to it. Even I, avowedly not a horsey person, wanted to find Ponyboy and his horses.

The Velvet Room is about a girl who discovers a tunnel to a secret abandoned mansion full of turrets, plush window seats, and libraries. This place could have been dreamed up by Anne Shirley. Basically everything I ever wanted to find when I was nine years old.

The Truth About Stone Hollow is essentially a friendship story disguised as a ghost story, but it excels on both counts. Plus adding “The Truth” to any title pretty much guaranteed that I would read it. I loved (and still love) an implied lie. Who doesn’t want to find out the truth about things?

I’m not sad that Snyder has died because she had a long life and a wonderful career. What I hope is that people will stumble across eulogies and posts like this and feel inspired to pick up one of her books. You won’t regret it; she was a master.

8 thoughts on “Thank You for the Borderlands: RIP Zilpha Keatley Snyder”