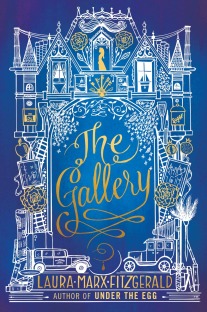 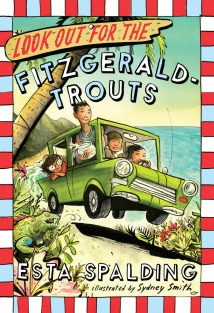 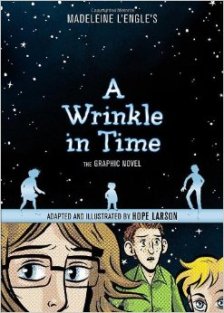 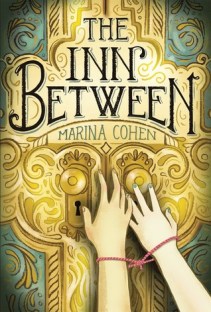 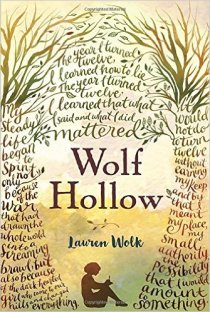 Whether you’re lakeside, poolside, or inside, summer is the best time to read. Silly, spooky, thought-provoking and engrossing; here are some new(ish) books guaranteed to keep you or the middle grade reader in your life occupied this summer. 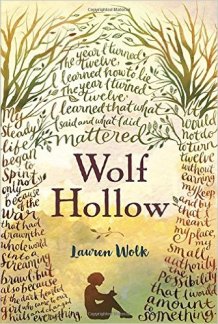 We all have those keystone books in our lives, the ones so deeply affecting that we remember exactly where we were when we finished them.The Giver, The Sky is Falling, and A Tree Grows in Brooklyn are some of mine. These books transcend the joy of the reading experience and forever alter how you look at yourself, the world, and the importance of a book. Many readers will feel this way about the taut, tense Wolf Hollow.

Set in the grim aftermath of the first world war, the relative peace of a small American town is upset when a bully named Betty sets off a chain of life-altering events. Annabelle is one of Betty’s favourite victims, but she feels compelled to speak up after a gentle but misunderstood war vet is blamed for Betty’s disappearance. This is the moonshine of poignant-coming-of-age stories; straight up, potent, and guaranteed to bring tears to your eyes.

Perfect read for the deep thinker, or the kid who wants to make the world a better place.

Look Out for the Fitzgerald Trouts 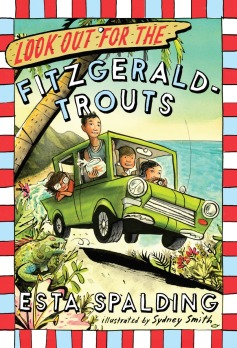 The Fitzgerald-Trouts are a family of loosely related siblings living in a car on a tropical island full of (delightfully) terrible adults. They are fully capable of looking after themselves, but the one thing they would love is a house to call their own. This first book in a new series does a great job setting up the world of the Fitzgerald Trouts, which is just the slightest bit fantastical. The story is lovingly told by a narrator who walks into the story as a character about half way through the book in a delightful twist.

Spalding’s storytelling is effortless and breezy. Her adult characters would be at home in a Dahl novel but the reader never worries about the Fitzgerald Trouts, who are just too darn resourceful and and devoted to each other to raise any alarm bells. I adored their ingenuity and devotion to each other. Sydney Smith’s accompanying illustrations are spare and whimsical, like the island itself. This book is as summery as sand between your toes and sticky, melty-popsicle hands.

Perfect read for free-spirited, independent makers or the kid who likes a subversive giggle.

You may also like The Fantastic Family Whipple or The Box Car Children. 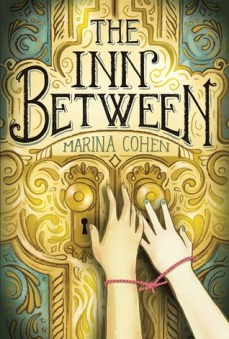 The Inn Between reads like The Shining for middle grade readers. Quinn and Kara are on a cross-country road trip when Kara’s family decides to stop over at hotel called The Inn Between, located in the middle of the desert. The hotel is described as an ornate Victorian building with a pool, incredible pizza and limitless breakfast. But Quinn feels uneasy and soon the creepier things about the hotel come to the surface. Like how some people are allowed on the elevator and others are not. Or the angry-eyed man who keeps showing up. And when Kara’s parents and her brother disappear, Quinn takes a good hard look at the hotel and what it means to be “in between.”

Cohen’s pace and timing is excellent. There are some deeper implications here- letting go, moving on, grief- but this isn’t a realistic contemporary fiction book about loss, it’s a horror story with shades of realism in it. Cohen does not get caught up in blocks of description or too much philosophizing. Realizations dawn on the reader just as they dawn on Quinn.  This is a satisfying, page-turning horror story with just enough gravitas to elevate it out of campy Goosebumps territory.

Perfect read for lovers of scary stories and devoted BFFs.

A Wrinkle in Time: The Graphic Novel 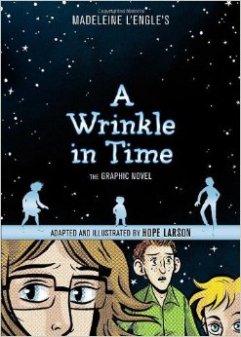 It was a dark and stormy night. So begins a true classic of children’s literature, A Wrinkle in Time. Science fiction in its various forms (sci-fi lite, speculative fiction, epic space opera) seems to be popping up everywhere, thanks to the omnipresence of The Star Wars franchise. A Wrinkle in Time is likely the most famous sci-fi novel written for children, featuring frustrated Meg Murry, her mind-reading little brother Charles Wallace, and gangly, endearing love interest Calvin O’Keefe. Adapting this beloved story to graphic novel form is a stroke of genius worthy of Mr. Murry himself. The time-bending and scientific theory may be mind-boggling for some readers, who will appreciate a pictorial rendition of these abstract concepts. Touches of blue lend an otherworldliness to the illustrations. At nearly 400 pages, this is a hefty book and will keep readers engrossed into the wee hours of the night.

Perfect read for sci-fi novices or kids who are looking to try something beyond the Star Wars universe.

You may also like Wonderstruck or  the graphic novel adaptation of Coraline. 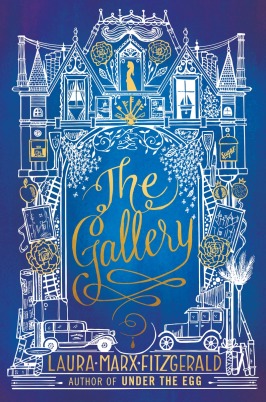 1928, Brooklyn. Martha is the daughter of a housekeeper who has started working in the home of newspaper magnate Mr. Sewell. Martha accompanies her mother only to get caught up in a mystery surrounding his wife, Rose. In her youth Rose was a charming party girl, but now she spends her days ranting and raving about paintings in a locked bedroom. What happened to Rose? Why is she obsessed with the paintings? And who is leaking stories about the Sewells- some of them untrue- to the tabloids?

From the first chapter we understand that Martha is a girl with modern ideas. She talks back to her teacher (a rather unforgiving nun), is suspicious of Mr. Sewell’s charm and intentions, and takes the side of woman most people have dismissed as mad. Her dialogue is saucy and her devotion to the truth is inspiring, which will speak to readers’ strong sense of justice. There is a cinematic quality to the narrative and Fitzgerald uses visual and historical details to paint a clear portrait of 1920s New York. There is glitz in the form of Sewell’s mansion , but there is also poverty- represented by Martha’s own crowded apartment and her mother’s dashed optimism. But perhaps the most impressive feat is how Fitzgerald deftly handles a narrative that is essentially about involuntary confinement and turns it into a caper. Rose’s story has parallels to the suffragette movement and is a grim reminder of the challenges women faced at the time. This historical caper feels fresh and exciting, thanks to a breezy writing style and excellent pacing.

You may also like Under the Egg and Chasing Vermeer.